I can't believe I have almost all of my races planned out for 2014!

As you can see there's a rather large gap between Rome Marathon and Dublin Half Marathon. This is because I am doing another sporty activity in May that I haven't tried before so won't know until afterwards if I want a race before Dublin or not. 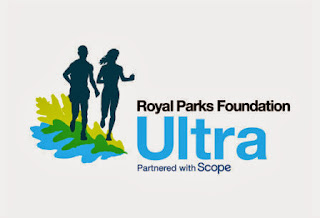 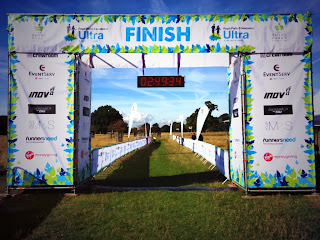 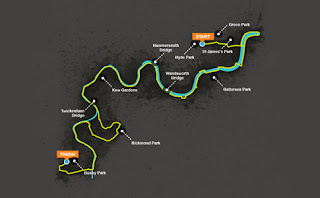 Can a Gluten-Free Diet Make You a Faster Runner? 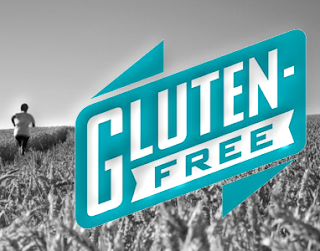 After finishing the Powerade Copenhagen half marathon in 2 hours and 2 minutes (PB by the way), I am determined to finish my next half marathon one in under the 2 hours! I have read that many runners have performed much better and knocked up to 15 minutes of their half marathon PB's by following a gluten-free diet.

So, as of 1st October 2013, I decided to do my own experiment into this. I am now gluten and sugar free until I cross the finish line of Romes marathon on 23rd March when I'm allowed to break my diet for some Italian ice cream :-) 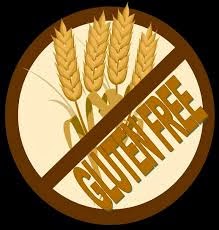 Then back on the diet again until after I have run the Powerade Copenhagen half marathon 2014 in which I set a goal for myself to finish in 1 hour and 50 minutes. I also will be running an October/November marathon (I don't know which yet), and hope to get a new marathon PB of 4 hours and 15 minutes.

I look forward to trying out this experiment and keeping you up-to-date on how it all pans out. 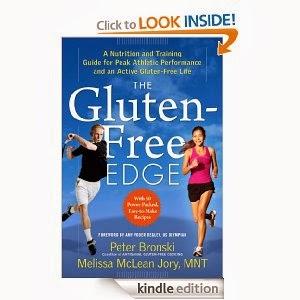 Email ThisBlogThis!Share to TwitterShare to FacebookShare to Pinterest
Labels: Gluten-free 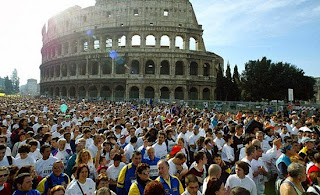 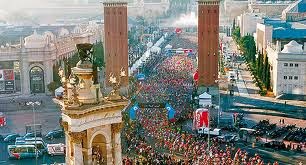 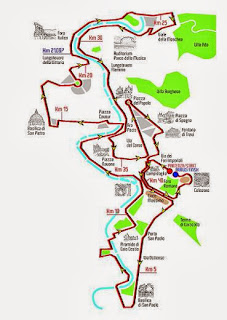 Just a very quick update......
My new blog is going great but I am missing my old blog and my old readers very much :-(

Therefore I have decided to continue just writing my running news on this blog :-) This will mean that some of running travel posts will be repeated on both blogs but it's not like I travel every month so it shouldn't be too bad.

And Ciry well done on predicting that I couldn't just let this blog fall by the wayside. You know me very well :-)
Posted by Unknown at 21:35 No comments: 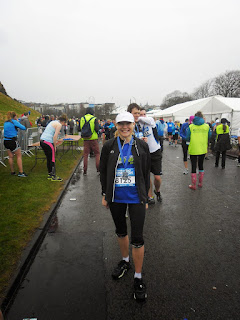 It has come to my attention that some people think that I will only be writing about travelling on my new blog. This is not true!

The blog is called Run Travels and I will be writing about all my running adventures in different countries and also some of the other experiences I stubble across while there :-)

So please come over and join me on my new blog at http://runtravels.blogspot.com/ . Just click on the 'join my site' button. I look forward to continue to share my adventures with you :-)
Posted by Unknown at 20:11 No comments: 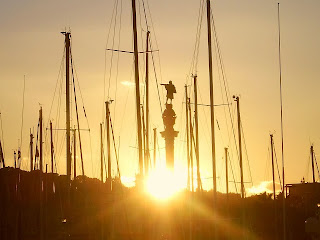 I have a new blog now at www.runtravels.blogspot.com

I have been very bad at keeping this blog up to date lately :-(

This is mostly because I haven't been running too many races and the small 5k races just don't seem so interesting anymore.

I am, however, still very much into running and travelling at the same time! In January I will finish my IATA/UFTAA education and receive my diploma as an International Travel and Tourism Consultant :-)

My plan for next year is to then set up my own business selling and guiding some running holidays for small groups mostly in Scotland. Therefore I thought it would be a good idea to start up a new blog that also concentrates on the travelling side of things. This will also be combined with running as much as possible.

I really hope you will still want to follow my running (and also my travelling) at my new blog at www.runtravels.blogspot.com
Posted by Unknown at 10:38 4 comments:

I had two great team mates called Sofia and Kim. We ran round together and helped each other around the course (or rather Kim helped us)! 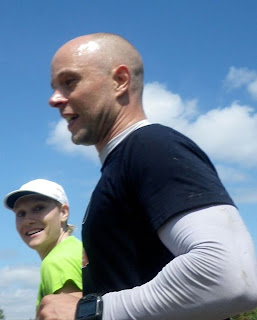 The time is now right to become a MARATHON MANIAC!.

After having a Fun Run for Copenhagen marathon I know that if I take my time and enjoy myself I can run more marathons. I have been looking for either one more marathon to run within 16 days of Copenhagen or 2 more marathons to run within 90 days of Copenhagen. This is the criteria needed to go in as a Marathon Maniac at bronze level. The only marathons that I have found in Denmark (can't afford to travel further right now) are small ones with only 100 or less people. They are on beaches or in forests. My knees don't like that terrain and prefer road surfaces.

I have therefore decided on my own criteria for a marathon as well. These are as follows:-

1: It must be a marathon where I can enjoy myself
2: It must have a good sightseeing route so I have something to look at if the going gets tough
3: It must be on the road surface for at least three quarters of the time
4: The less repeaters the course has the better
5: If I can run them all in different countries that would be great
6: FUN FUN FUN!

It looks like I have some planning to do :-) 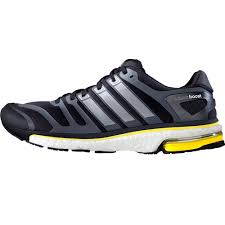 On Sunday I ran Copenhagen Marathon in my Adidas Boosts! I admit I was very nervous about running a marathon in them as they sit very snug on the feet so I was thinking that I may lose more toenails than ever before.
The weather was rainy like in Edinburgh so I knew that I would get wet feet again... 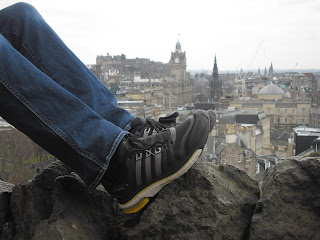 I have been searching for some trainers that would help with the blister situation and would stop me losing toenails. I had already tried taping my toes, different socks, different trainers, trainers too big, vaseline, bodyglide stuff, vitamins, and any other remedies I could find on running sites. Nothing has made any difference :-(

But now I seem to have found the answer: Adistar Boosts!!

One last thing, the trainers are not very water resistant so when my Boosts are dead and I buy some more from kaisersport, I am going to spray them with a water resistant spray to help my feet stay maybe a little dryer :-)
Posted by Unknown at 20:19 3 comments: