I needed to do my very long pre-marathon run so I signed up for a half marathon.


First I ran the 5k down to the start line where I then picked up my start number, filled up my water bottle, and went to the toilet. Then it was time for the half marathon race. 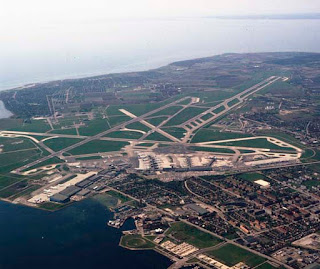 For the first 3k I was running by the sea at Amagerstrand (which you must know by now is somewhere I love to run). The rest of the half marathon was all the way around Copenhagen Airport. Hence the race was called Lufthavnen Rundt which was organised by Motionsklubben Amager.

For pretty much the first 12k I was in very high spirits singing along to Justin Timberlake on my Ipod :-) (remember 12k in the race was actually 17k for me). I then settled down a bit and concentrated on the running a little more.

Once I got to around the 16k point I have to say that the run was so boring! The backside of the airport is just a VERY long straight road where you can see a really long way ahead. I decided to just play with my music and watch my feet for a while.

I was so glad when this area came to an end around 20k! 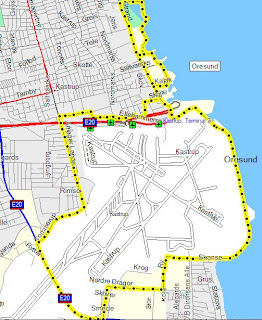 The Route
Once I had the finish line in sight I still did my famous sprint finish :-) I crossed the line in 2 hours and 4 minutes. Not sure about the seconds so I'll find that out once the results are on the web.

Anyway I grabbed a couple of cups of water, had a banana, and then run up to the bus stop to add some more kilometres on. I think all the other runners that were still around eating and drinking must have thought I was a little crazy.

I ended running 28k today!! I'm very happy with having that as my long run :-)