First just to let you know that I have signed up for Tårnbyløbet on 14th October and will be running another 10k :) 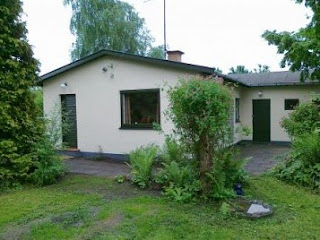 Early evening I went for a run. I was planning on running about 6k.

The other day I was running behind a man who crossed a road and carried on running down a track. I turned a corner and stayed on the road. After 10 minutes the same man came out of a track a little ahead of me. I decided to run that way today as it looked more interesting than running on the road.

I went down the track and it was very nice with lots of little houses down it. The track was winding very much. I kept looking for a little alleyway or something that would led me to the end of the road but couldn't find one. I carried on running and after 2.5k I ended up back at the same place where I had entered the track in the beginning!

My sense of direction has never been that great but today it was totally off :(

Never mind though I had a great run and found a nice area that I can run around again :)
Posted by Unknown at 21:46