My New Trainers are Brooks Defyance 5 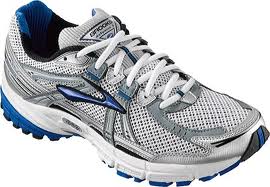 I decided a couple of weeks ago that I wanted some new trainers as my old ones didn't seem as cushioned as they used too which isn't good for my knees. I wanted to change to Brooks and had already found out while at the Berlin marathon expo that Brooks Ghost would be best with Brooks defyance being a close second.

I'm a member of Løbeklubben on Facebook (running club on facebook) and because of this I found out about a great pre-sale yesterday at a sports shop in Copenhagen. I couldn't find any Brooks ghost trainers in my size but did manage to find some Defyance. I was a little sad as I really wanted the Ghost ones! This changed once I had tried on the Defyance as they are so cushioned and I could feel that these would be the trainers for me.

They are neutral trainers just like my Asics Nimbus 12's. I'm not a neutral runner but have found out why these type of trainers suit me best. Basically I have high arches (so high I actually have to lace my trainers a certain way for them to be comfortable) and I also overpronate. This is a very strange combination (kind of like me).  I've found out that the overpronation comes from either my legs, knees, or hips. The most common being due to instability in the muscles of the lower leg. It would seem that if I learn the chi-running method and land mid foot I can solve this problem and stop my heel striking at the same time which will be a great relief for my knees. I'm going to give it a go and see what happens. You never know maybe I'll become a faster runner! I can always dream :-) 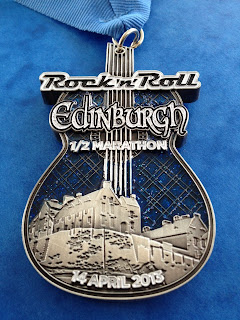 Tomorrow my training for Rock 'n' Roll Edinburgh half marathon starts and I can't wait to take my new Brooks out for a spin :-)
Posted by Unknown at 18:21