Valencia Marathon is a No Go for Me! 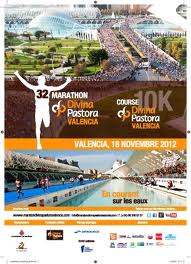 After Berlin Marathon my recovery hasn't been so good! Actually it's been the worst yet after a marathon....

I knew my legs would hurt for a few days but I hadn't figured on my knees, especially my right one, still hurting on and off after 9 days :-(

I've always had knee problems after a run but since training for Valencia Marathon last year they stopped hurting and have been fine since. I can only imagine that because I was pushing my body to the limit in Berlin, and didn't slow down for the last 5k as I normally would, that my knees just couldn't take the extra pressure. Also maybe going from not running at all to running 4 marathons in 16 months might not have been so smart!

Not that I regret running Berlin for one second as, thanks to Paul, I DID finish in under 4:30!!

My plan for the next couple of months is to take it easy and learn to land on my fore or midfoot to take away  some of the jarring on my knees. I'm also going to stengthen up my quad muscles as this should help too. Right now my plans for next year include no marathons but at least two of the Rock 'n' Roll Marathon Series half marathons in Europe. Next year I will have the choice of Nice, Edinburgh, and Dublin and probably Lisbon. Edinburgh and Lisbon are the ones I'm thinking of doing! So next year for me is going to be no serious racing and just running for fun :-)

So basically because I'm going to be learning to land differently and I want to give my knees some time to recover I won't be running Valencia Marathon :-( I will, however, be running the 10k there if my knees are feeling better by then but I'll just be using it as a 'fun run'. I'll also have to jump on the marathon course in a couple of places to run with my good friend Ciry and help her beat the 4:30 time as I did in Berlin :-) 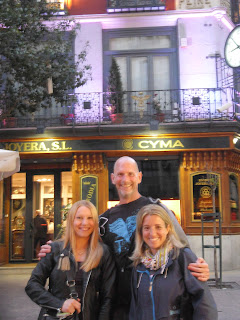 I last saw Ciry in Madrid in April and can't wait to see her again in Valencia!! See you real soon Ciry!
Posted by Unknown at 10:26