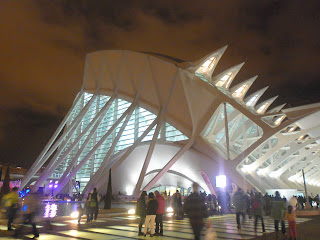 As you can probably tell by the title I didn't run the whole of Valencia marathon! I was very close to changing my mind and doing it anyway but thought I might end up doing more damage to my knee and not being able to run at all.

So I decided to meet my friend Ciry just after the 30km marker and run up to 40km with her. From there I could cut through the park and watch her run into the finish :-) 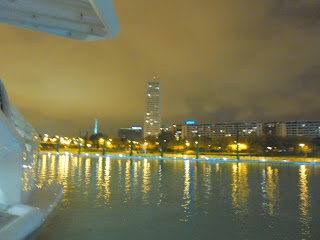 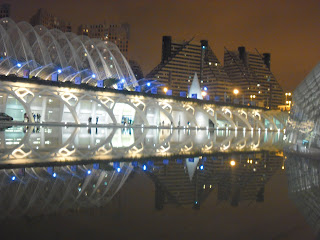 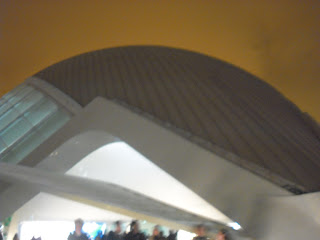 I arrived in Valencia on the Saturday evening and went down to the Science and Arts area which is also where the start and finish lines are. Then I went back to hotel to meet Ciry. 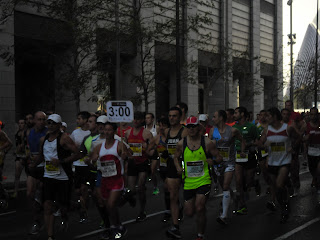 At 9am on the day of Valencia Marathon I went and stood downstairs of my hotel and watched the start of the marathon. I actually cried because I wanted to be running with them (I was glad later on that I wasn't as it got very hot again). 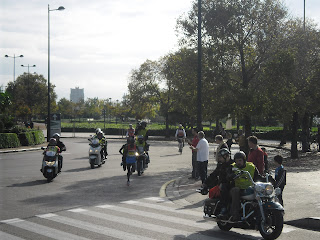 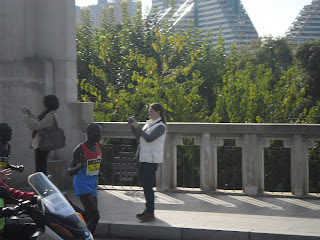 At 11am I waited at the 41k marker and saw the two marathon leaders come running by! That is something that I normally don't get to see :-) From there I walked up to 30k and waited for Ciry. 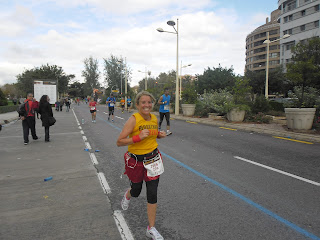 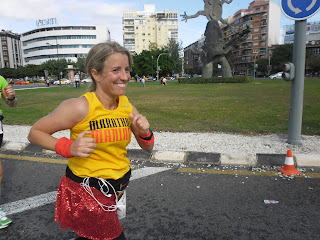 Once she arrived I jumped on the course (I had last years bib number on minus the chip so I wouldn't get sent off again) and joined her for the next 10k. A lot of the spectators that had been there on the walk up had now disappeared, probably down to the finish area. It felt really strange running in a marathon which I wasn't really running in! Ciry was doing great and only started getting tired around 37k (from what I could see anyway). 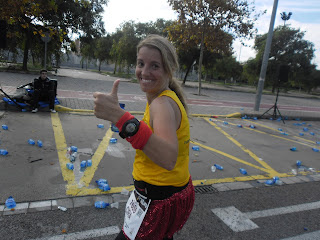 At 40k I said goodbye to her and ran down to the finish area. She came running past about 13 minutes later looking very tired but very determined :-) 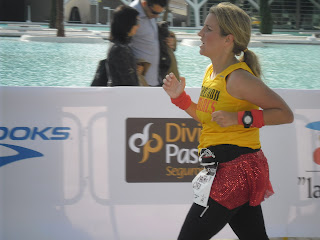