So sorry that I haven't written for a while but I haven't really had anything different to write about!

I'm still doing the running coaching and it's going very well. I come up with new fun games to play week after week and enjoy seeing the people I'm coaching improving all the time.

I've started doing half marathon training for anyone that wants to join us every Monday evening. This is really good because then I have a set time to be somewhere and a set distance to run. This will always get me out of the door, which when the summer is rubbish (like it is this year), gives me the motivation I need to keep on running.

And, of course, I am still doing my training for Berlin Marathon :-)
The big change in my running life is that I have decided to start doing some trail races in Spain from around October 2013 :-) I can't start until then as I am already committed to a lot of city marathons up to next summer.

My friend Jose from http://de10a100km.blogspot.com has recommended a few for me. They are Trail Sierra Montsant, Tarragona,  half marathon of the wine in Lanzarote, and half marathon of collserola, Barcelona.
After reading about all three of them I'm a little worried about getting lost (or just drinking too much wine in Lanzarote) and hope that I can convince someone (hint hint Jose) to run one of them with me ;-)


Otherwise knowing me I'll probably fall off the side of the mountain never to be heard from again!

Posted by Unknown at 17:57 5 comments: Links to this post 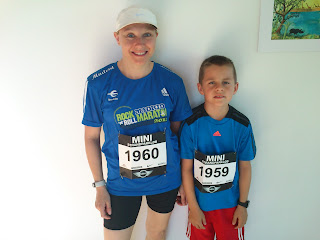 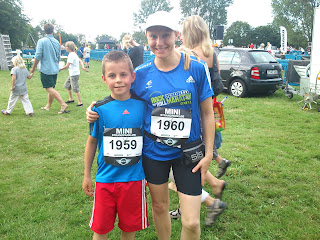 Beginner Training Group and Other Stuff

Last Saturday I started training my beginners running group! There are over 20 beginners that I am training and most of them haven't run much or at all before. I found lots of cool running games we could play together and this seemed to work out really well.
I'm looking very much forward to seeing them all again this Saturday :-)
Today I have started some social half marathon training leading up to the Powerade Copenhagen Half Marathon on 9th September. I'm planning on running it in under 2 hours. If I can do that my goal of Berlin Marathon in under 4 hours and 15 minutes should be doable!
We ran 10k today, 11k next week and then adding on more kilometres each week until 2 weeks before when we'll drop the mileage again.
On top of this training I will also be doing intervals once a week and hill training once a week and then another run anything between 5k and 28k each week.
I can't wait until Wednesday as Latimer and I are racing together in a 5k race! We only have 7 seconds seperating our best times right now. I'll do a write up afterwards....
Posted by Unknown at 19:39 3 comments: Links to this post