15.8k in Minus 5 Degrees and Sunshine! Fantastic Run!! 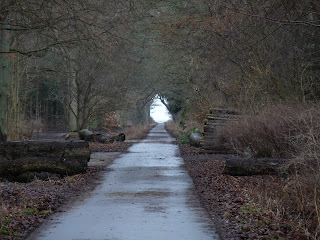 I had a great run this morning!!

It was minus 5 degrees outside but the sun was shining which always makes me happy :-) Also the horrible wind had died down to almost nothing!

I am fed up with running my normal routes and wanted to do something different. I knew that down the end of Kongelundsvej in Vestamager there was a wood called Kongelunden where you could then run down to the sea so I decided this was where I was heading today.

I couldn't be bothered to run down to Vestamager Metro Station as it's quite a boring run so I got the metro there and then started my run.

I ran into Vestamager Nature Area and just ran straight down the path until I was about three quarters of the way down, then I crossed a bridge over a canal and followed the canal all the way down to a villa area. From there I ran up to Kongelundsvej and then followed it down to the wood Kongelunden. 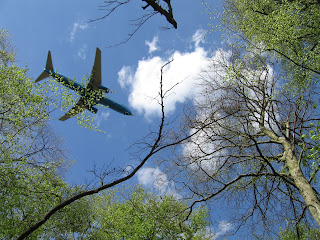 I ran all the way through the woods with low flying airplanes coming over my head (this is pretty cool to watch as they really are very low) and then came out by the sea! I stopped for a minute to pick up some shells for my boys and then started on the journey back.
It was about 8k to the sea and I had thought it would only be around 5k. Well it certainly seems much quicker in a car :-)

I got a little lost on my way back (what's new?) and took a more direct route back to Vestamager station so I ended up running 15.8k all together.